* In case of any delay in receiving the OTP, you may verify it later. Please proceed without verification.

Enter your City name or Pincode

Mavelikkara is a city in the district of Alappuzha in Kerala and is situated on the banks of River Achankovil. The city has a rich cultural and historical background. The city was a major trade as well as commercial hub during ancient times and it was also the capital of Onattukara. Since the city was in close association with the Royal Family of Travancore, it received all modern facilities much ahead of other cities of the state. There existed a super express transport service between Mavelikkara and Trivandrum during pre-independence era. 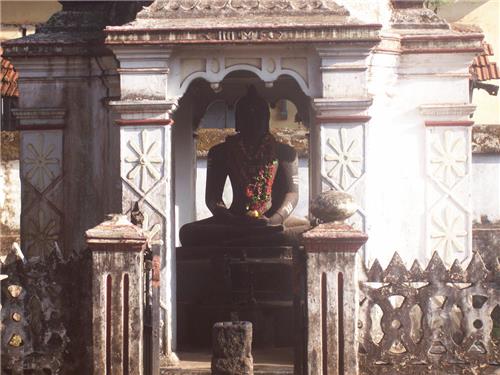 The city of Mavelikkara is administered by a Municipality and is divided into 25 wards. Elections for these wards are held once in five years.

Business and Economy of Mavelikkara

There are several small scale industries present in Mavelikkara. KSRTC also has its regional workshop as well as body building centre at Mavelikkara. ALIND Switchgear is yet another famous industry situated in Mavelikkara.

Mavelikkara is the cultural capital of Alappuzha. During ancient era, it was the capital of Onattukara and was a hub for religious harmony and culture. Buddhist culture flourished in Mavelikkara and a Statue of Buddha in Seated Position belonging to 9th century AD is found here. Some of the festivals celebrated in Mavelikkara are Chettikulangara Kumbabharani, Padanilam Sivarathri, Vettiyar Paththamudayam, Ervankara Shivarathri, Arattu Mahotsavam of Vazhuvady and Mother Teresa Trophy Boat Race held during Onam.

Mavelikkara comes with several temples, churches and other tourists’ attractions. Let’s see here some of the tourists attraction of the city.

The statue found here is in seating position and its height is four feet. It is kept inside pagoda like structure. The statue comes with a shawl as well as a sacred thread on its body. The engravings found on the head looks like a headgear.

It is the residence of the famous Malayalam poet as well as grammarian Shri A R Rajaraja Varma. Now the residence is preserved by the Kerala State Government as a memorial.

This temple is situated at the centre of Alappuzha city and is devoted to Goddess Rajarajeswari. Navarathri and Thaipooyakavadi festivals are celebrated here with great fervor. Though Navarathri is celebrated with utmost devotion, Mahanavami as well as Vijayadasami days of Navarathri are considered as more auspicious and a colourful procession of nine elephants is held during these days. Cultural programmes are also held during Navarathri. During Thaipooyakavadi festival, fifteen Kavadis take part in the procession.

It is situated on the banks of Pamba River and is one of the 108 Shiva Kshethram established by Lord Parasurama. It is believed that the compound wall of this temple was constructed by Lord Paramasiva’s bhoothas in a night. The antique wooden carvings of the temple attract art lovers from across the world. On the eastern side gate of the temple, other religious members including Muslims present their offerings every day. This practice has been followed over several centuries and is considered as the symbol of religious harmony. Important festivals of the temple are Maikatti puja, Sivarathri Nritham and Sahasra Kalasam. During Sivarathri Nritham celebrated on Sivarathri day, the western gate of the temple is opened for ten minutes.

This temple is spread across 1.75 acres of land and is situated 3 Kms to the east of Mavelikkara. The presiding deity of the temple is Lord Murugan in Shadadhara Parathishta. This temple is some 1000 years old. It is believed that the Lord will cure physical as well as mental ailments of all the devotees. Thypooyam is the major festival celebrated during Malayalam month of Makaram.

It is one of the famous temples of Kerala. The presiding deity Goddess Bhagavathy is considered to have powers of healing. This temple has massive oil lamp made of granite and 1000 wicks can be lit in this lamp. The festival of Bharani which takes place during February as well as March is celebrated with great fervor. Pilgrims from across the world throng this temple during this festival and it is also called as Kumbha Mela of South. A dance form known as Kuthiyottam is performed during this festival and Kettukazhacha which is the showcasing of the temple cars, therus, etc along with the statues of Hanuman and Bhima are performed here.

It was built in the year 943 AD and was called as Puthiyakavu Pally. Historical events including Mavelikara Padiyola has taken place here. Now this church comes under Mavelikara Diocese.

This church is situated at Eravankara and this church was established by St Thomas who is the disciple of Jesus Christ. It is one of the oldest churches in the Kerala state.

How to Reach Mavelikkara

Mavelikkara is well connected by road to other cities of the state. KSRTC also has a sub depot here and it also operates inter-state bus service. Private buses also ply in Mavelikkara. Mavelikkara railway station comes under Trivandrum division of Southern Railway and is connected to all major cities of India with regular trains. The nearest airport is Thiruvananthapuram International Airport which is situated 90 Kms from Mavelikkara. Other than the public and private buses, the tourists’ can also travel by taxi to Mavelikkara.

Comments / Discussion Board - About Mavelikkara